“I’ve seen this raw strength only once before. It didn’t scare me enough then. It does now.”

Today we are proud to reveal the official poster for Echo Base Charity Con! The gorgeous artwork on the poster – carrying the title “Evolution of Luke Skywalker” – was made by Stephen B. Scott, an American comic artist who was responsible for the official comic treatment of the Batman movie The Dark Knight and who was asked by George Lucas to make the art for the comic Indiana Jones and the Tomb of the Gods. Art Grafunkel was responsible for making up the lay-out.

The poster not only celebrates the 40th anniversary of the Star Wars franchise, but also focuses on the evolution of Luke Skywalker, from ‘farm boy’ to the mysterious hermit in The Last Jedi who will (hopefully) shed some light on his long absence. And this is the result: 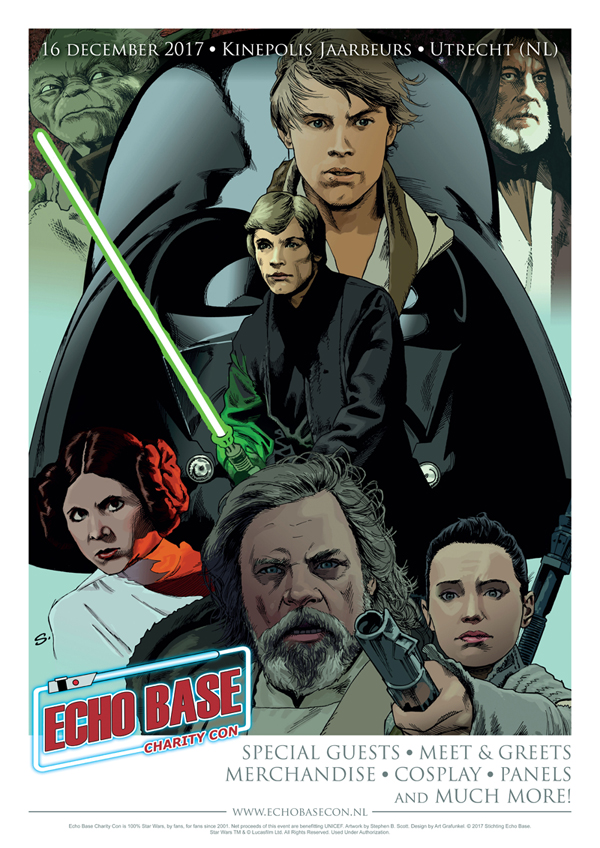