Brian Herring is a British puppeteer who initially started out as an actor, stand-up comedian and stage manager before he started working for the legendary British satirical show Spitting Images in 1992. There he learned the trade of puppeteering. From 1999 he started working at the Jim Henson Company where he worked on The Muppet Christmas Carol amongst others.

The last several years he has worked on all kinds of movies and television shows, both as an actor and as a puppeteer, on such titles as 28 Weeks Later, The Hitchhiker’s Guide to the Galaxy, Hellboy 2: The Golden Army, the Simon Pegg movie The World’s End and the Alien prequel Prometheus.

Star Wars fans will know him best from his work as the performer of BB-8 in Star Wars: The Force Awakens. He is also fulfilling this role for the sequel Star Wars: The Last Jedi. Besides that, he also worked on Star Wars: Rogue One – A Star Wars Story, in which he can be seen as the droid SE-2 amongst others.

Brian Herring will be answering questions of visitors and taking part in a signing session at Echo Base Con. Autograph price: EUR 25. 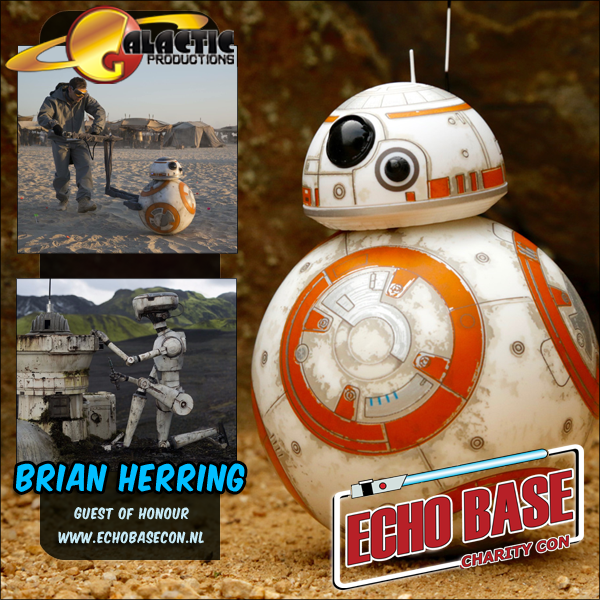