Michael Carter was born on June 29, 1947 in Dumfries, Scotland. In 1971 he made his acting debut in the legendary series Doctor Who. His most memorable roles were in the TV show Dempsey & Makepeace (1985) and the John Landis classic An American Werewolf in London (1981), in which you can also spot Frank Oz.

He’s best known however as the Twi’lek Bib Fortuna, Jabba the Hutt right hand man in Return of the Jedi (1983). When Michael auditioned for the part, he only knew that the film was called Blue Harvest but had no clue as to what it was about. Only when director Richard Marquand gave him the part did he find out that it was for the new Star Wars film. It would prove to be an exhausting gig for Michael, having to sit in the make up chair for 8 hours per day!

The last few years Michael has performed in television shows and -like many of his British colleagues- on the stage, for example in the National Theater on the London West End.

Michael Carter will be answering questions of visitors and taking part in a signing session at Echo Base Con. Autograph price: EUR 20. 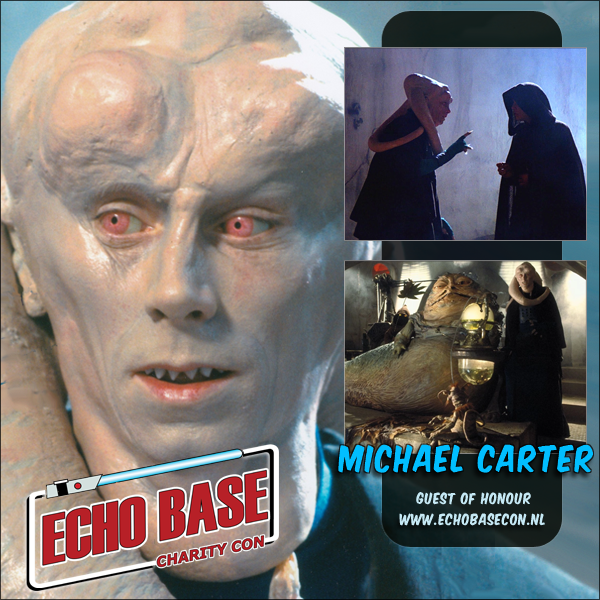