For many fans, The Empire Strikes Back (1980) is the ultimate Star Wars movie. That is why it is not by accident we chose the name Echo Base Foundation back in the day. It seems very appropriate that our next guest played a part in that movie. Actor Richard Oldfield who played Derek “Hobbie” Klivian a.k.a. Rogue 4 in The Empire Strikes Back is coming to Echo Base Charity Con for his very first appearance ever in the Netherlands!

Richard is an American actor who moved to the United Kingdom in the 1960s to pursue his dream. He made his debut in the musical Hair in 1969, which was followed by numerous roles in various television and film productions. Some well-known productions in which he can be seen are Superman, Blake’s 7 and Space 1999.

Richard will be answering questions of visitors and taking part in a signing session at Echo Base Charity Con. Autograph price: EUR 20. 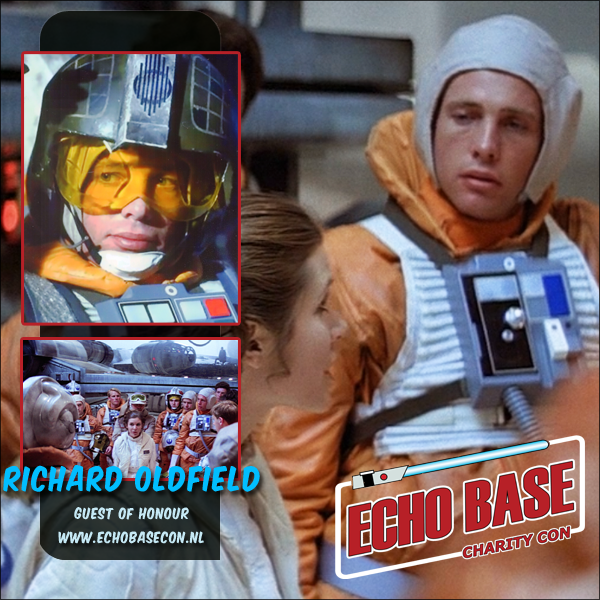