On Saturday, December 16th, 2017 the fourth edition of the Echo Base Con (EBCC2017) – the official event of Dutch Star Wars Foundation Echo Base, took place. Like the two previous editions, the convention was set up to support charity. For this edition Star Wars: Force for Change, a charitable initiative from Disney and Lucasfilm, was chosen. The stylish Utrecht cinema Kinepolis Jaarbeurs served as our base of operations, which was visited in all by approximately 1.500 visitors from home and abroad. The event was sold out several weeks before the start of the event. This resulted in an incredible amount of money raised for charity: a whopping 10.604 euro (approx. $12.000 / £ 9200). 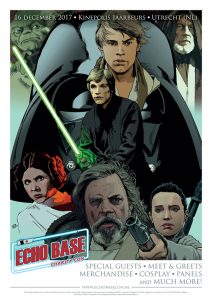 A broad and divers selection of guests were presented at the event. What to think of Jeremy Bulloch (amongst others Boba Fett in The Empire Strikes Back and Return of the Jedi), who shortly after this event announced his retirement. Besides him, actors like Tim Rose (Admiral Ackbar in Return of the Jedi, The Force Awakens and The Last Jedi, Salacious Crumb and Sy Snootles in Return of the Jedi), Guy Henry (Grand Moff Tarfkin in Rogue One), Michael Carter (Bib Fortuna in Return of the Jedi) and Richard Oldfield (Hobbie in The Empire Strikes Back) were present. From the new movies several puppeteers like Brian Herring (BB-8 in The Force Awakens, The Last Jedi and Episode IX), Paul Kasey (Ello Asty in The Force Awakens, Edrio “Two Tubes” and Admiral Raddus in Rogue One and C’ai Threnalli in The Last Jedi) and Derek Arnold (amongst others Pao in Rogue One and Argus Panox in Solo) met with their fans. Also two Lucasfilm creature concept designers, Jake Lunt Davis and Martin Rezard made a rare visit. And last but not least Dutch special effects guru Justin van der Lek who works for Industrial Light + Magic amongst others as a digital artist, but who we are proud to say was also one of the volunteers during EBCC2003!

For the Charity Auction a partnership was formed with online auction house Catawiki. As it was with previous events all kinds of items were offered up, but this time with some very special items, such as an original Porg drawing by designer Jake Lunt Davies and by Disney Holland provided official posters of The Force Awakens and Rogue One, signed by the main cast! The auction took place online and ended live during the event.

Besides this there were several activities such as signing sessions, Q&A’s with our special guests and screenings of episodes of Star Wars Rebels and of The Force Awakens. For our younger visitors there were a plethora of activities, such as being able to be made up as one of their favorite characters, creating their own sculptures at the LEGO table and being instructed by a Dutch Jedi Masters in the art of lightsaber battles.

The official convention poster was made by renowned comic artist Stephen B. Scott. The poster measures about 42 x 60 centimeter (approx. 16.5″ x 23.6″) and was printed in a limited run. This poster was not available for sale and was only handed out to V.I.P. ticket holders and a handful of exhibitors. 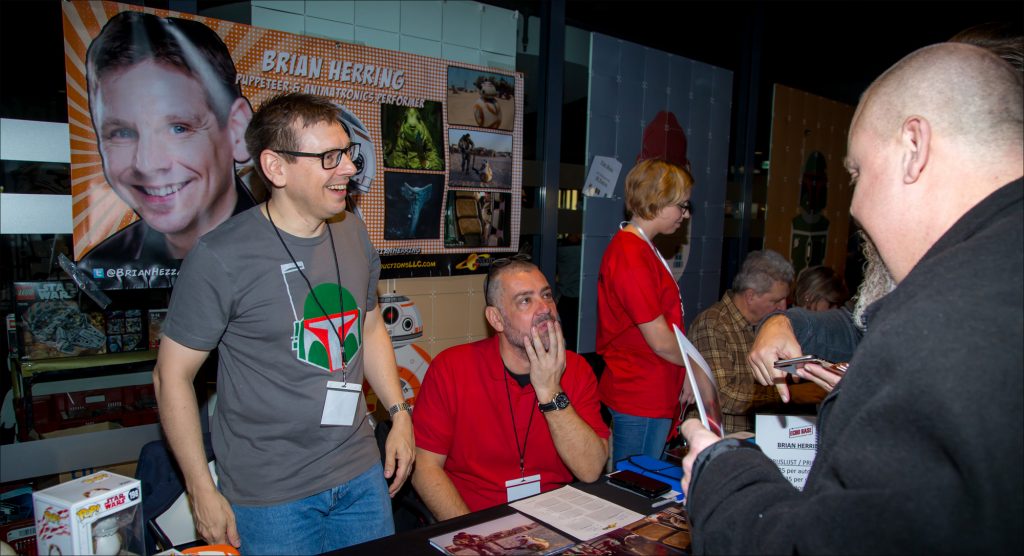 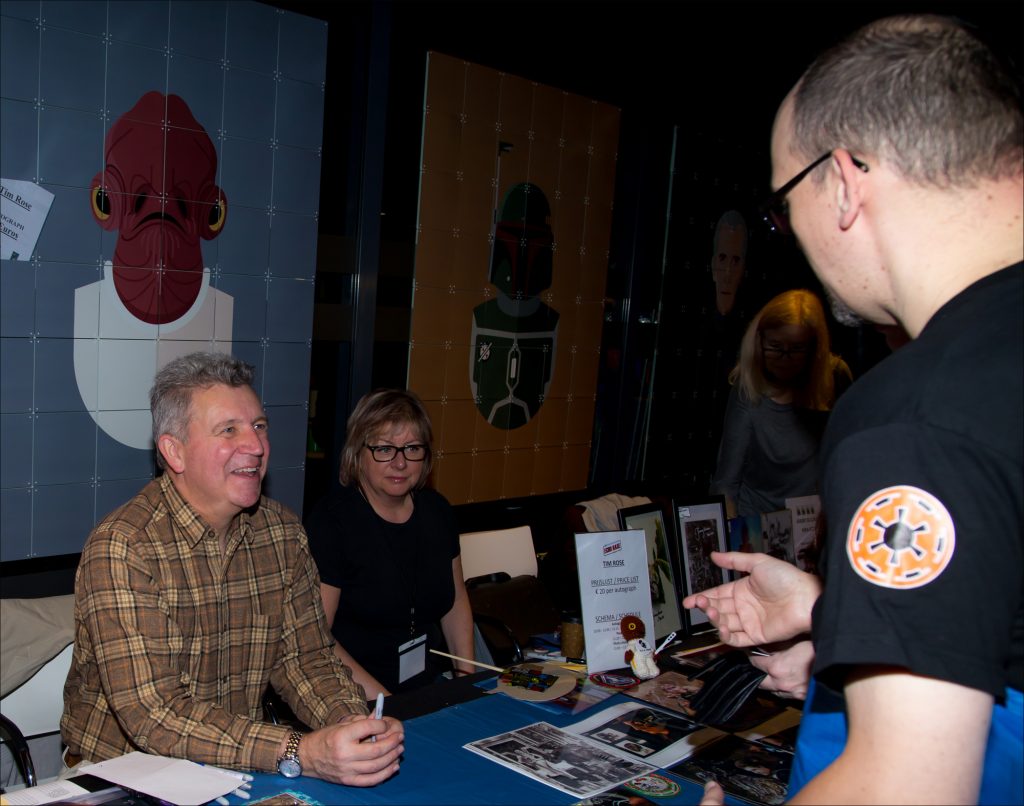 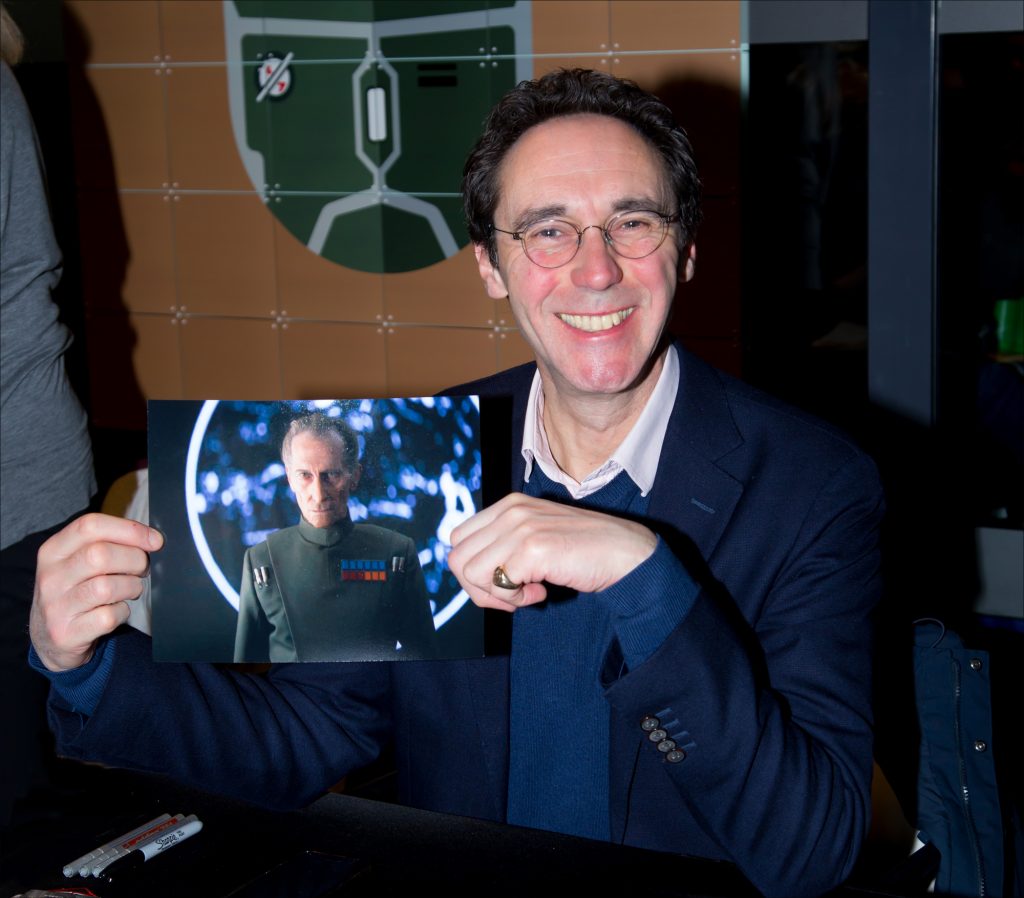 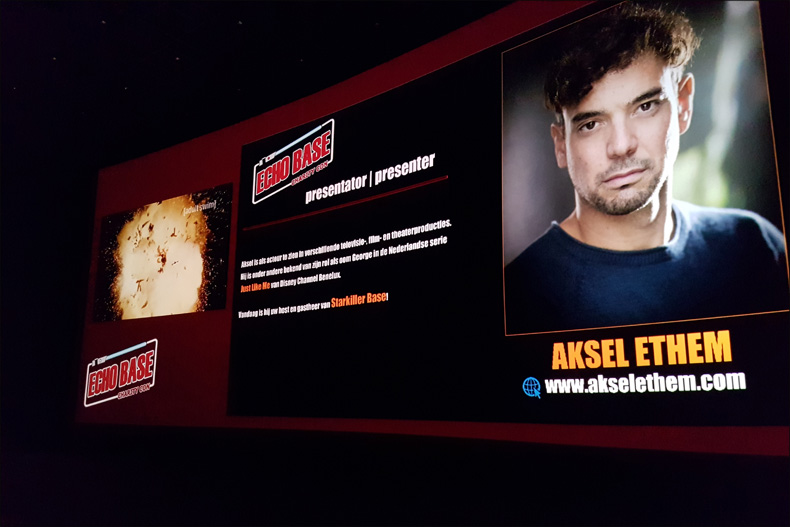 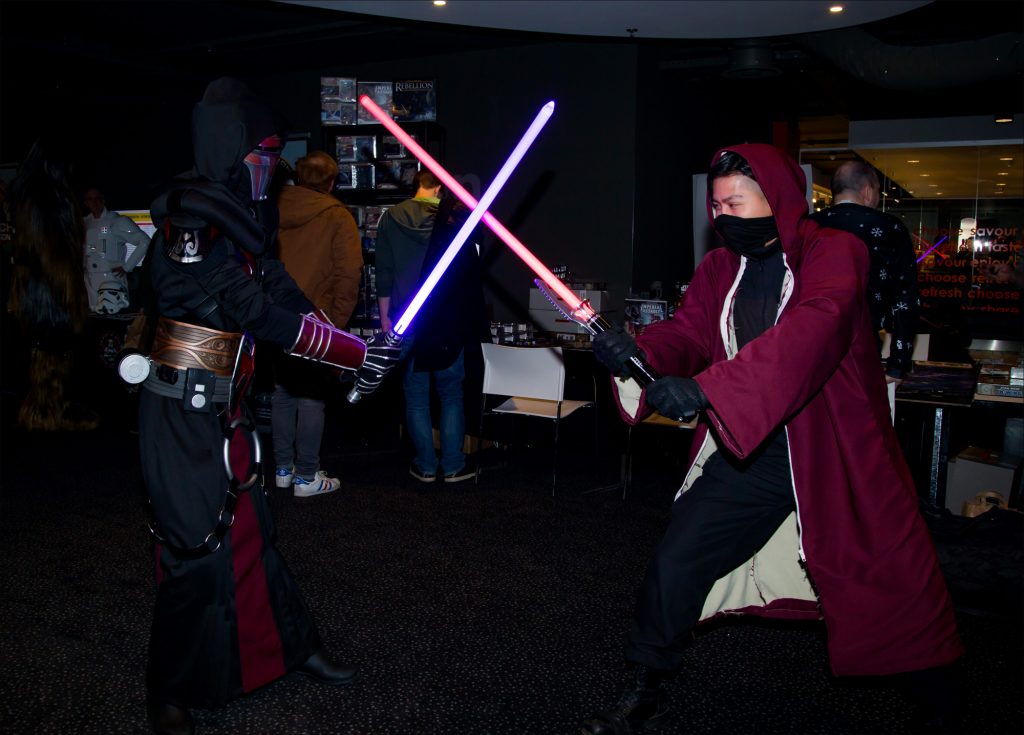 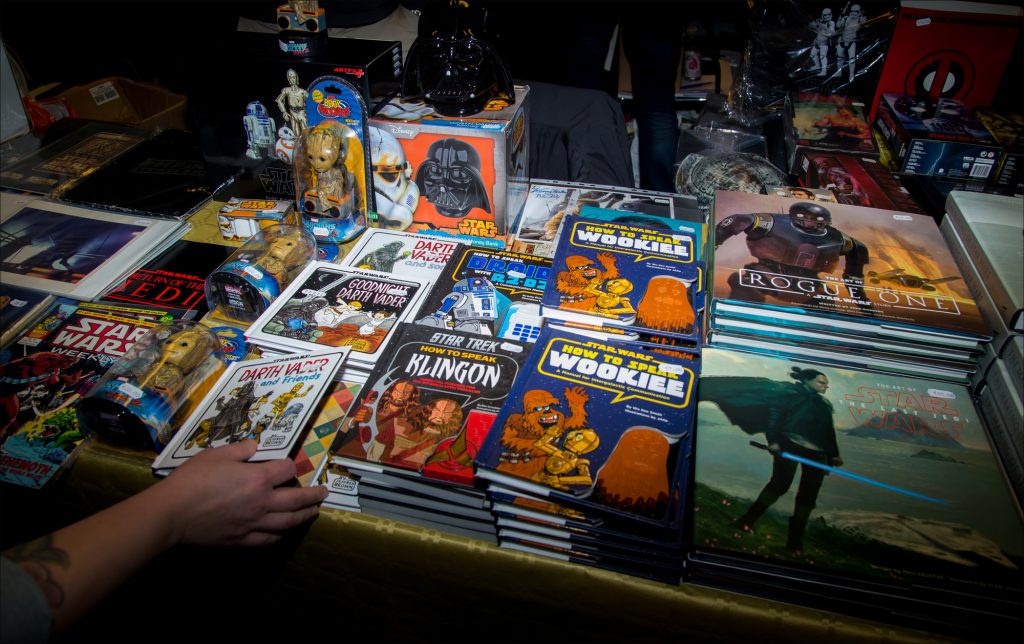 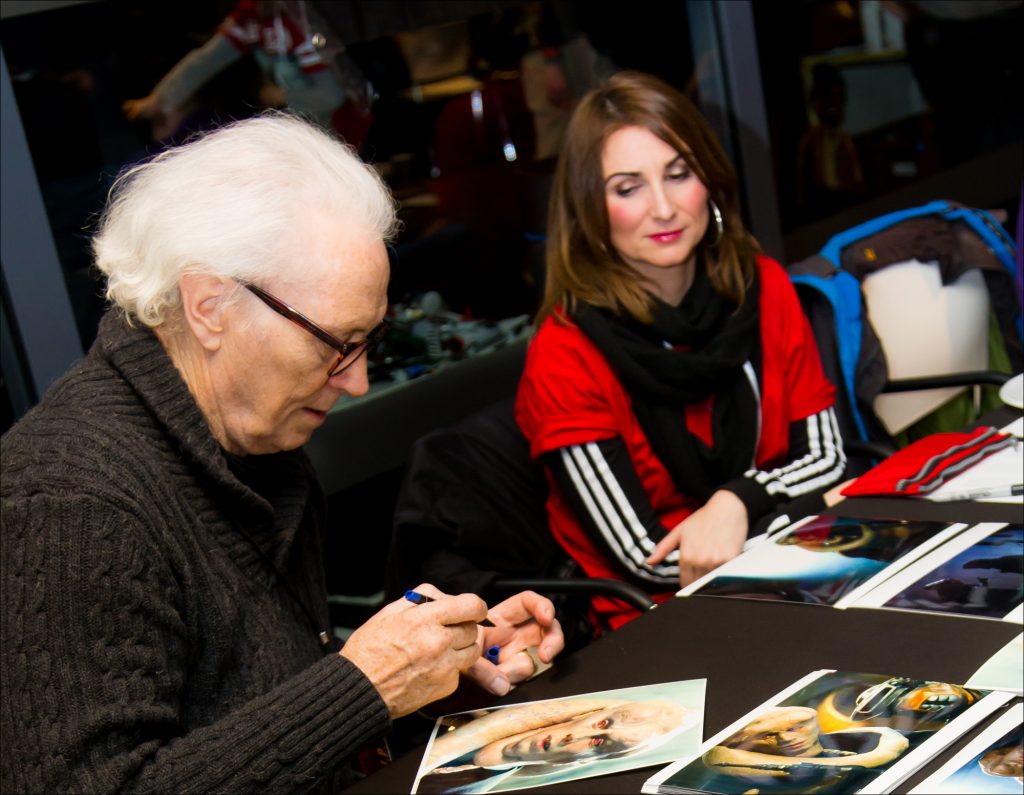 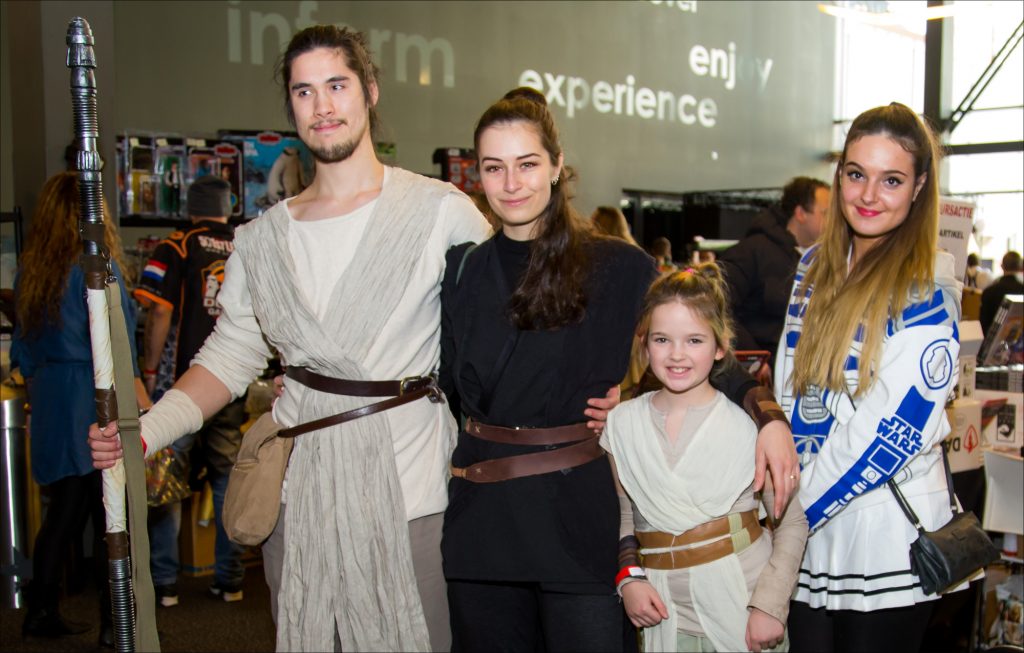 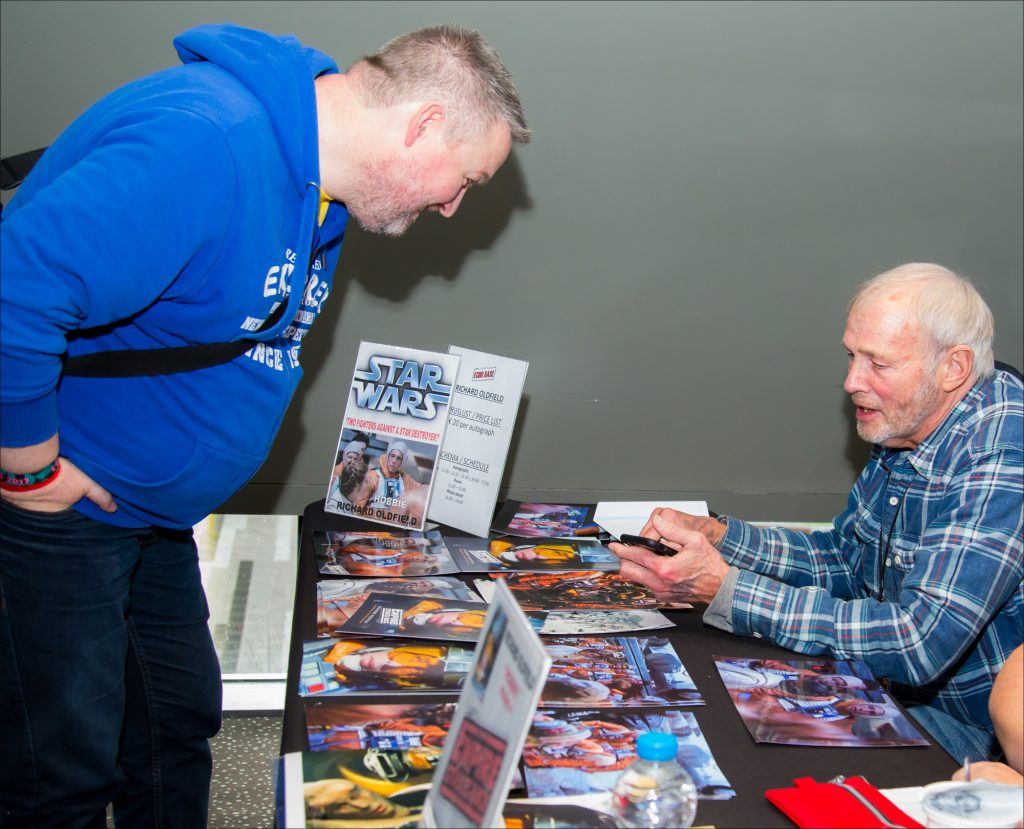 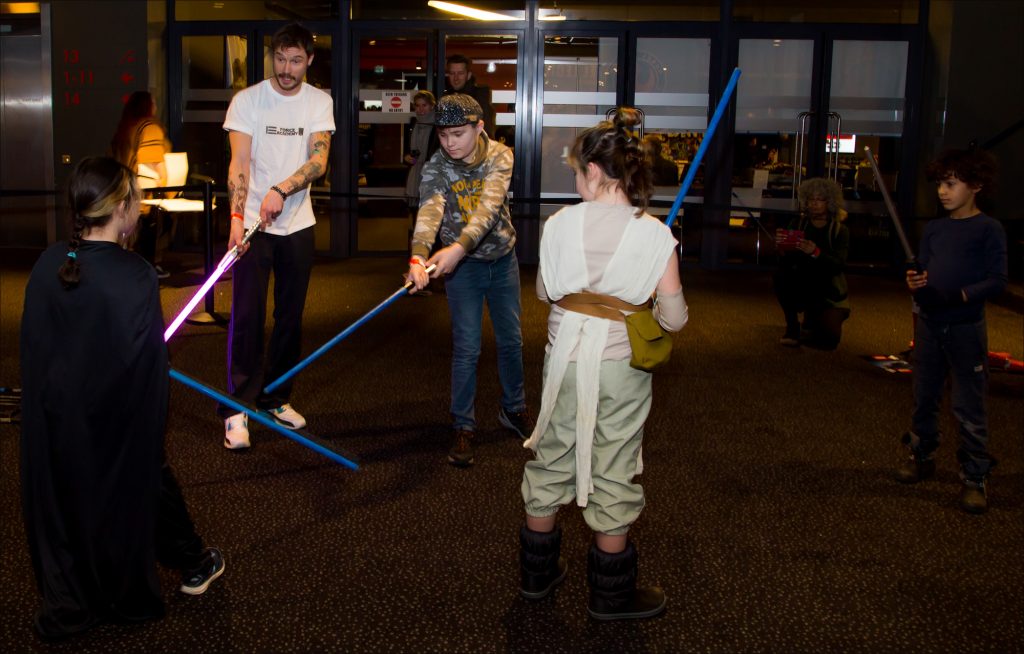 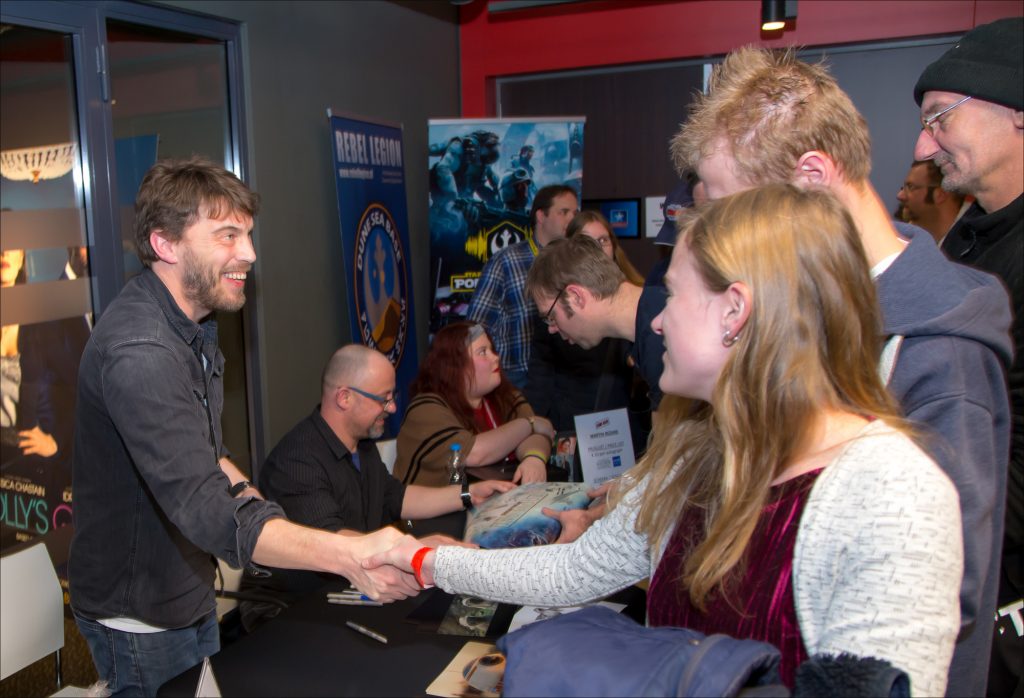 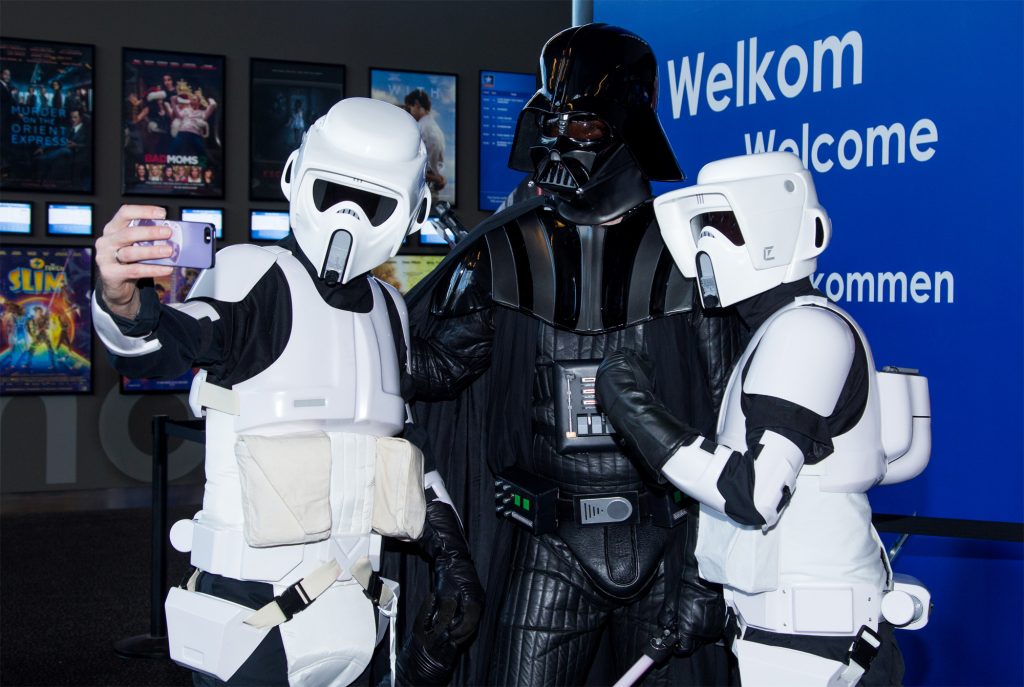 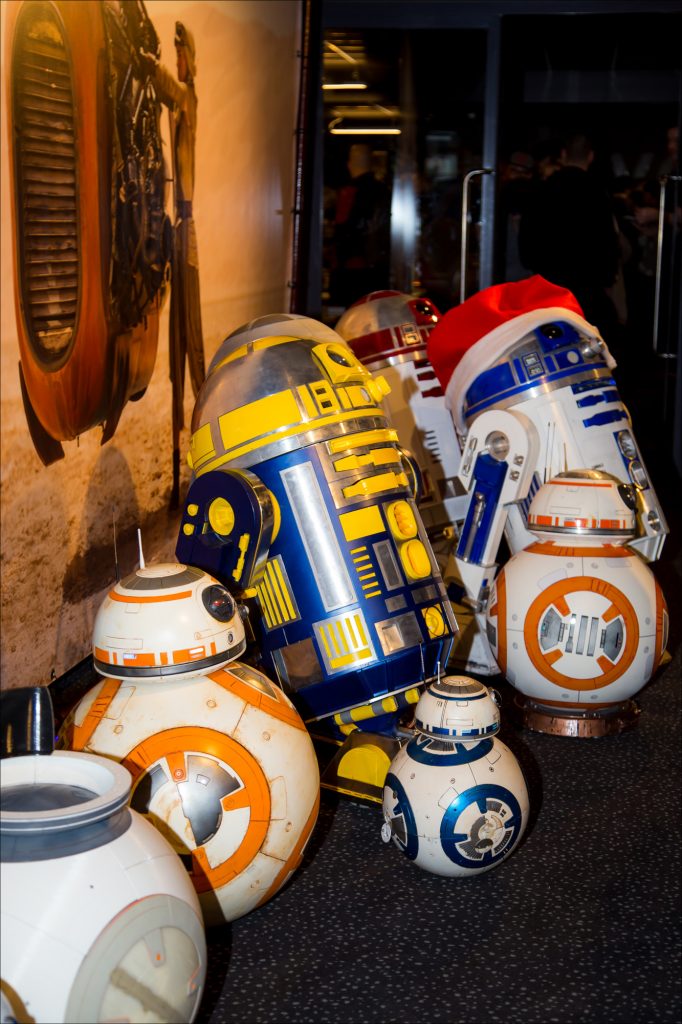 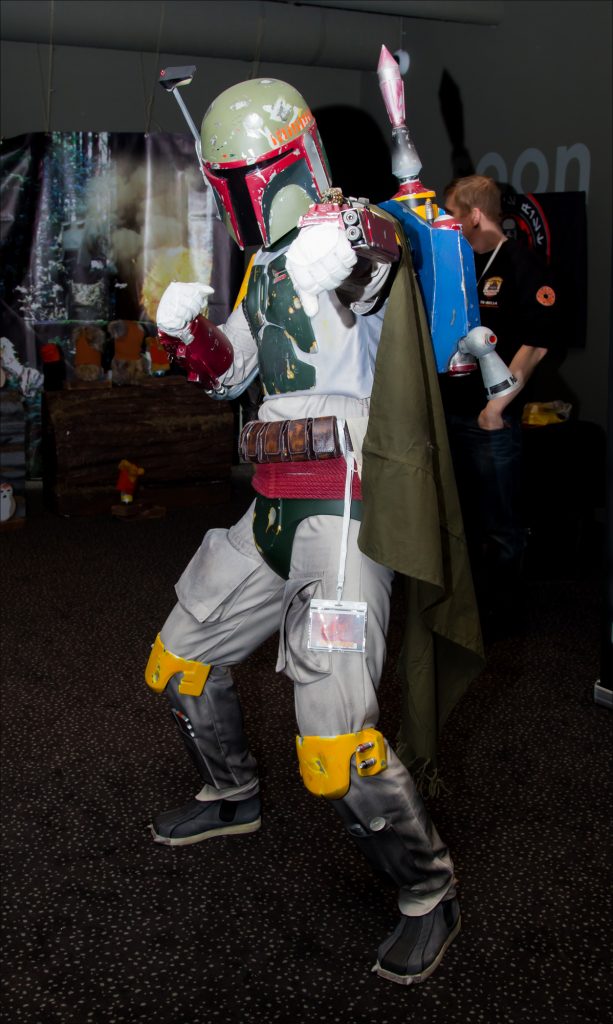