At Echo Base Charity Con 2019, the following fan groups, prop builders and cosplayers will be present: 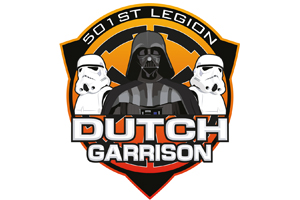 A Star Wars event is not complete without the 501st Legion and therefore we are very proud to announce that the Dutch division, the Dutch Garrison, will be present at Echo Base Charity Con 2019 in full force! 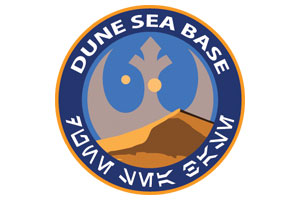 The Empire can only be stopped by the brave souls that are the Jedi and the Rebels. Therefore, we are happy that the Dutch division of the Rebel Legion, the Dune Sea Base, will have our backs at the Echo Base Charity Con 2019! 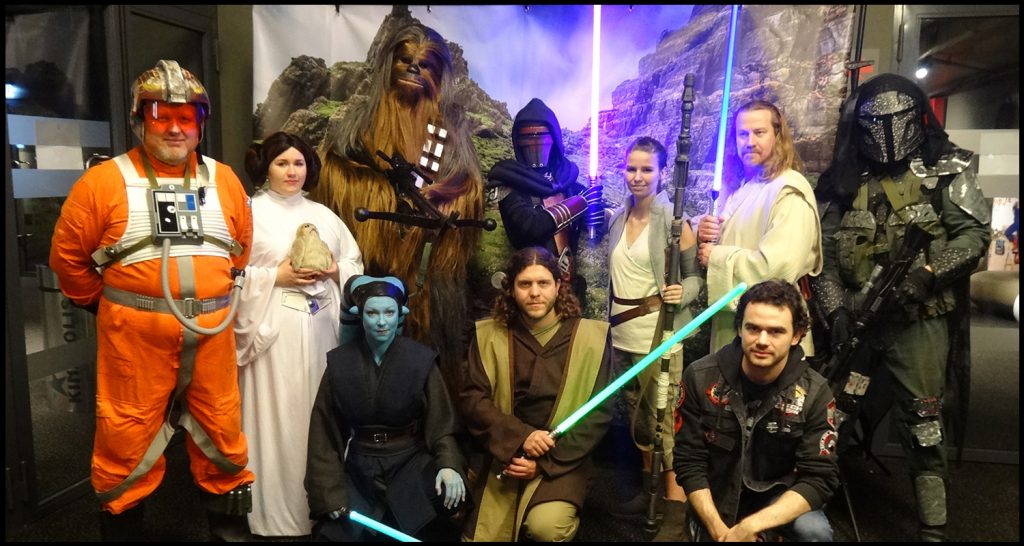 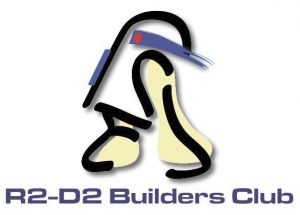 At Echo Base Charity Con you will be able to run into R2-D2, BB-8 or other droids from the Star Wars universe. The R2 Builders Nederland and R2 Builders Belgium are at the event to show their home-made creations to you! Get your picture taken with the droids, or ask their creators how they built them. 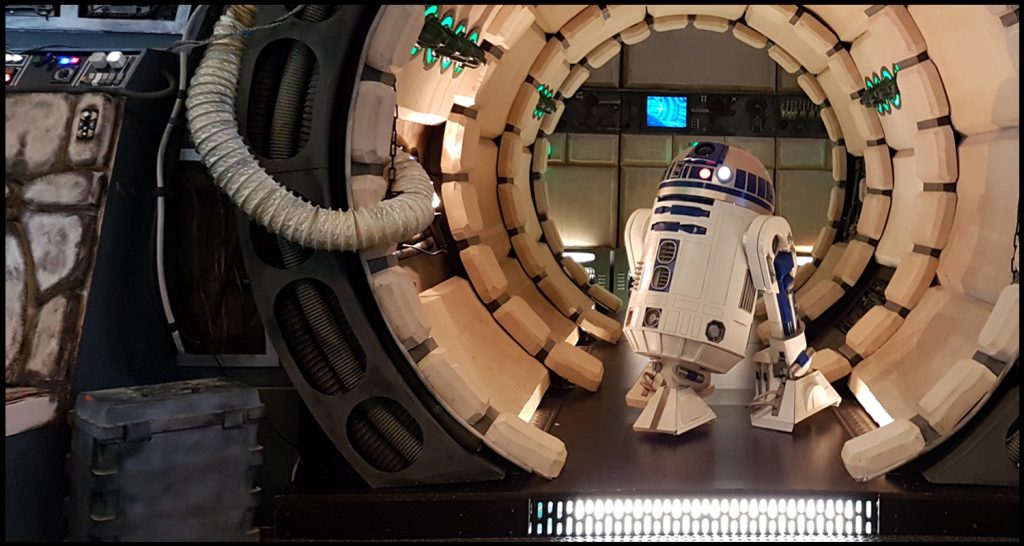 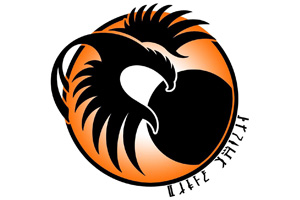 The Mandalorian Mercs Costume Club (MMCC) is a worldwide cosplay club, specifically about everything that has to do with the Mandalorians. The Dutch Clan Diryc Vhetin is part of the MMCC and will be present for the first time at Echo Base Con. 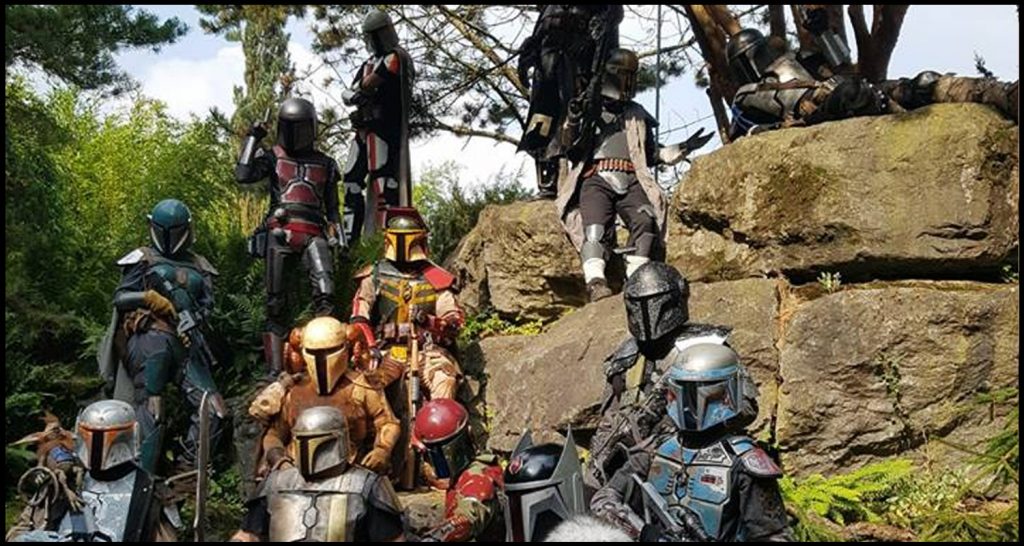 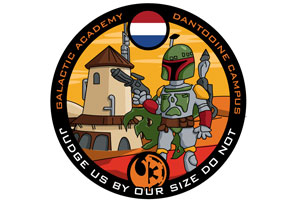 The Galactic Academy – Dantooine Campus is the youth branch of the Dutch Rebel Legion, Clan Diryc Vhetin and the Dutch Garrison, exclusively for young Star Wars fans aged 0 to 17. 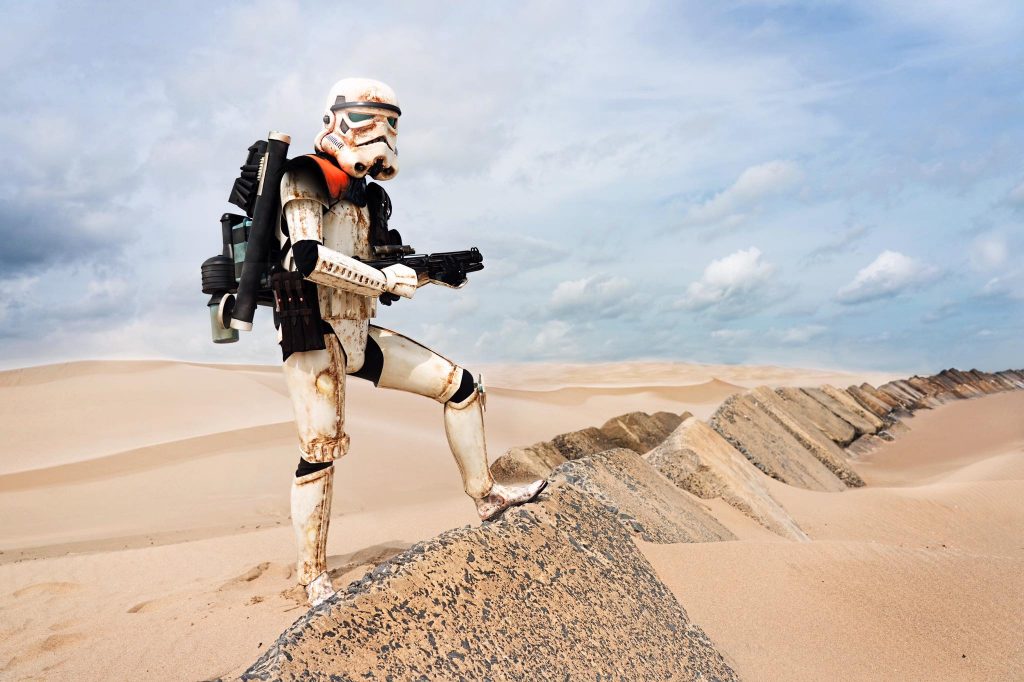 FX Model Miniatures is an international group of Star Wars physical effect enthusiasts who spend their time painstakingly recreating the magic of the physical filming models made by Industrial Light and Magic during production of the Star Wars movies. They will be making their very first appearance at a Dutch event. 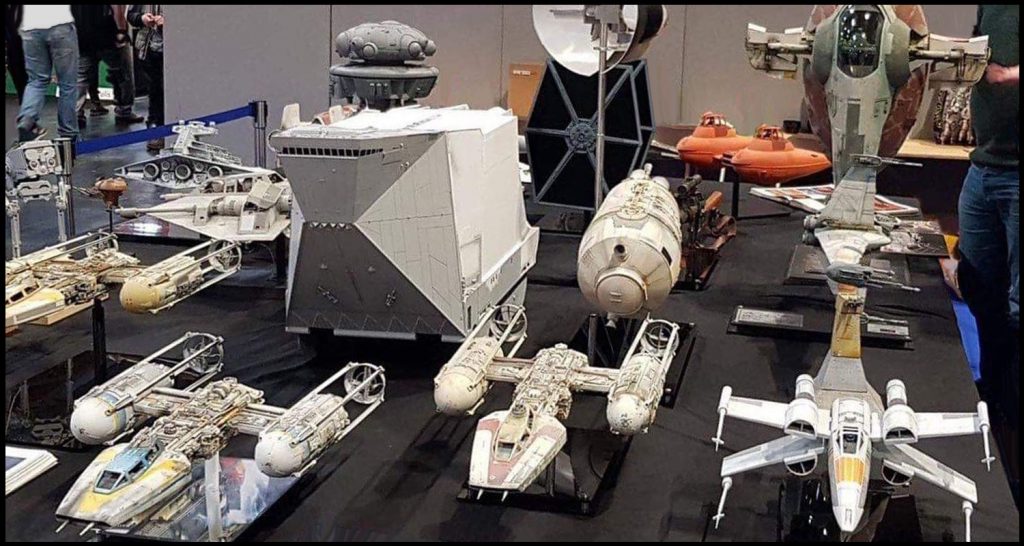 During the 2017 edition of Echo Base Con, the creators of the very first Star Wars fan film from the Netherlands were present to promote their film. In the mean time, Remnants of the Order has been screened several times, and the team will conclude their tour at Echo Base Con 2019, where visitors have the opportunity to buy the film on Blu-ray. Cast and crew from the film will also be present, and can tell you everything you want to know about making the film. There will also be original props from the film on display! 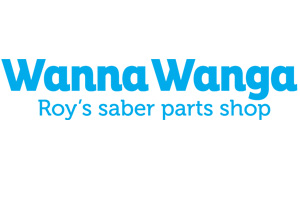 Roy Gilsing is an industrial designer from Rotterdam and old school Star Wars fan. For his webshop WannaWanga he produces parts that fans from all over the world can use to build their own props, especially lightsabers from the original and sequel trilogy. At Echo Base Con, Roy will show part of his own, home made collection of lightsabers and other props, and he will be happy to answer any questions you may have about these iconic Jedi weapons! 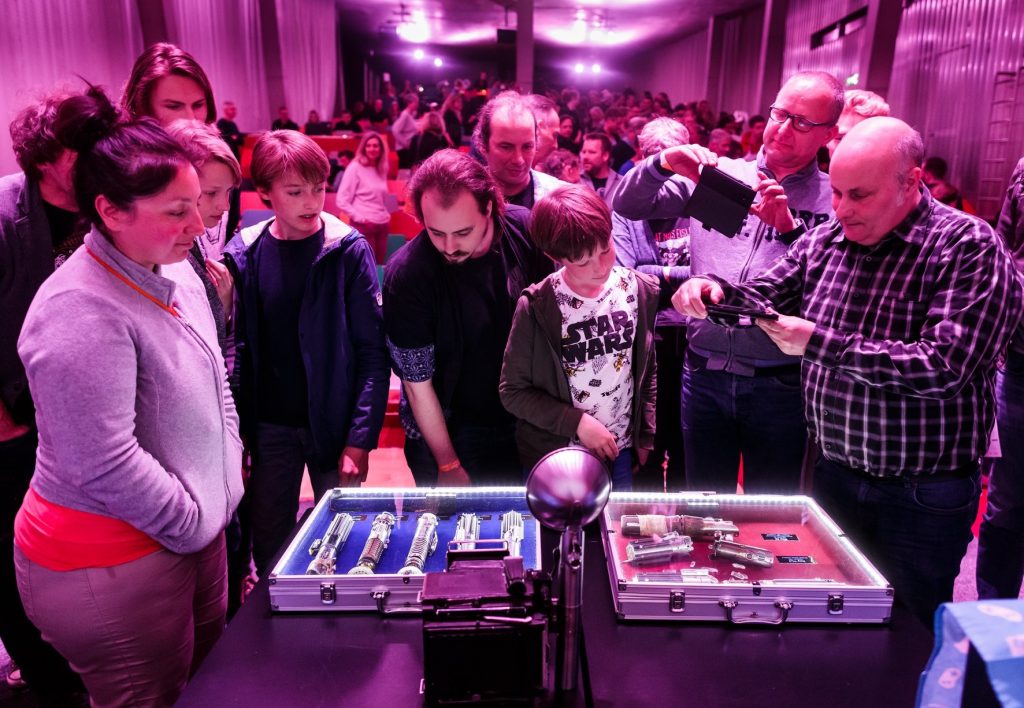 Black Lemon builds faithful replicas of props, in many cases using original parts that also were used in the production of the originals. At Echo Base Con, they will display replicas of the Luke Skywalker and Darth Vader lightsabers (both made using original Graflex parts and calculators), Royal Guard Force Pikes, the Battle of Yavin Medal of Bravery and more. At their booth, you can also have your picture taken with a lifesize Boba Fett! Apart from Star Wars, you can also see iconic props from franchises such as Indiana Jones, Blade Runner, Terminator and Aliens.

Rob and Nadine of Art and Tech use their knowledge of art and tech to build unique, custom made lightsabers inspired by Star Wars. This has already resulted in many special lightsabers, each with a personal story and unique details.During Echo Base Charity Con, Art and Tech will demonstrate how the sabers work and how they are made. You can also participate in a short workshop “lightsaber fighting” and experience for yourself what it’s like to fight with a lightsaber as Jedi or Sith! 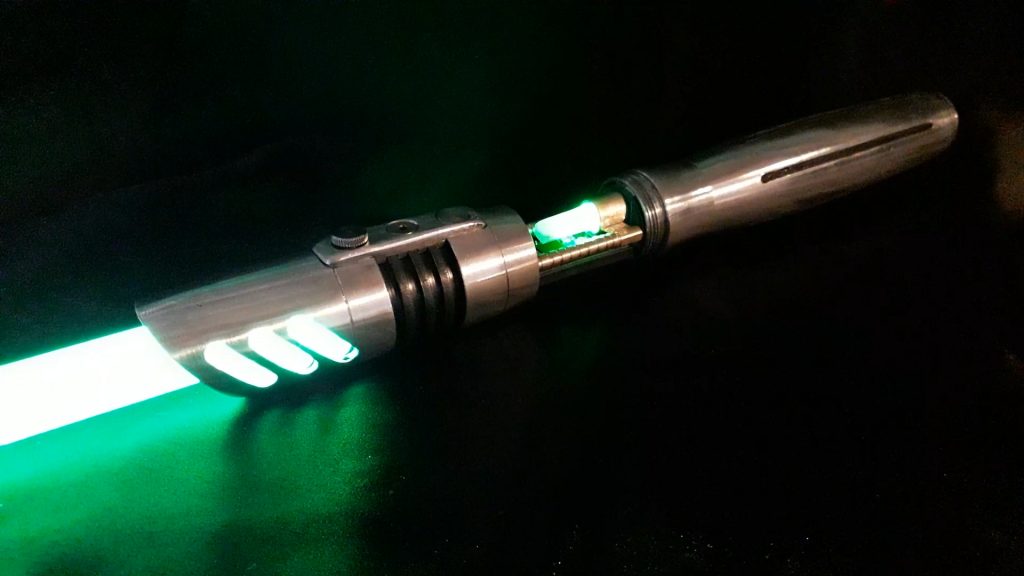 Which fan doesn’t know the feeling? As children, Star Wars grabbed our imagination and all we wanted was to become part of this fantastic universe! Be a Stormtrooper, how cool would that be? Or owning your very own R2 unit! Maybe settle for a cool blaster, just like the one Han Solo carries… the list of crazy childhood dreams goes on!

But for some these dreams simply won’t go away. That’s why Dan Sczudlik, under the name Dantooine Prop Collecting, started building his own Star Wars prop replicas over a decade ago and he’s still at it! Accuracy is key, so he’s always trying to get as close to the screen used props as possible. It’s that chase for the “holy grails” that makes the hobby fun and very social at the same time, as it lives from a thriving community.

Dan will be presenting some of his most cherished pieces straight from his collection at Echo Base Con and will be there to chat about these prop replicas (or props in general). So come by, have a look and don’t forget to say hi! 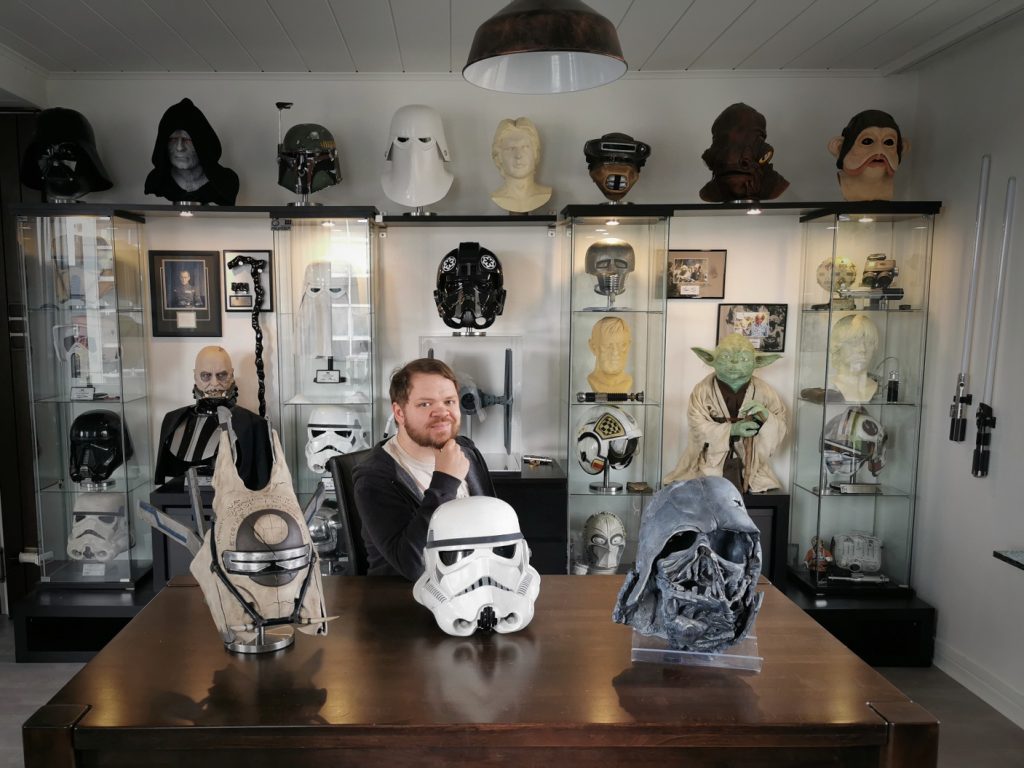 The DroneSpecials of ModelVliegSport Oosterhout & friends on tour are present at Echo Base Con 2019 to perform spectacular demonstrations with Propel Star Wars drones! Of course, they are also more than happy to answer any questions you may have about regulations, safe flying, maintenance advice and technical support. So don’t forget to give them a visit and see these awesome drones in action! 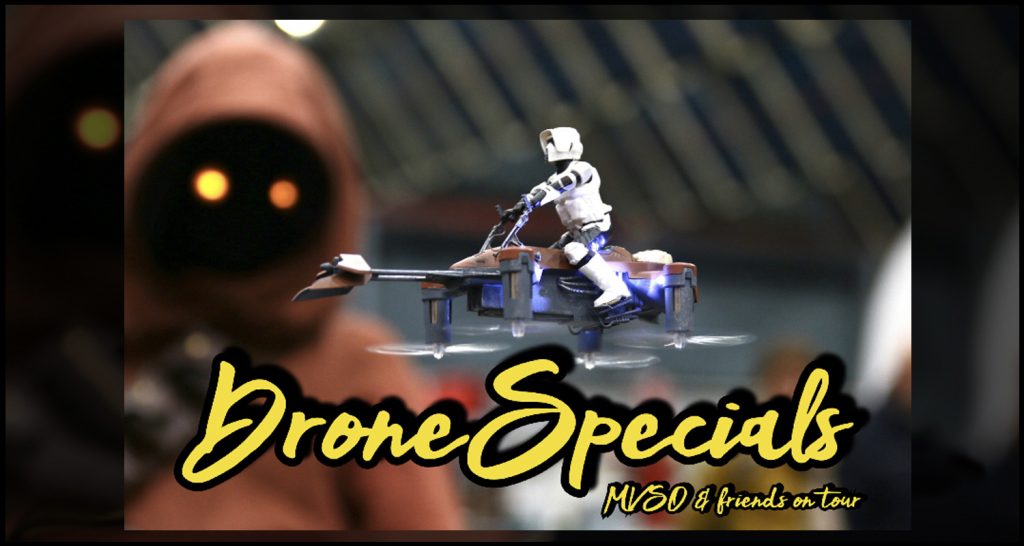