Paul Brooke was born on November 22, 1944 in London, England. He began his career like so many of his collegues on the stages of the London theaters. His movie and television work started in the late sixties and spanned fifty years in dozens of productions. However, he has retired from acting about ten years ago.

Star Wars fans probably know him best as the Rancor keeper who goes by the name of Malakili, from Star Wars: Episode VI – Return of the Jedi. He could also be seen in such movies as Bridget Jones Diary, The Phantom of the Opera and Greystoke: The Legend of Tarzan, Lord of the Apes.

On the subject of television England is well known for its dramas, detectives and comedies and in these Paul had his fair share of roles. What to think of such series as Midsomer Murders, The Black Adder and Mr. Bean, but he could also be seen in an episode of the Lucasfilm production The Young Indiana Jones Chronicles for example.

Paul Brooke will be answering questions of visitors and taking part in a signing session at Echo Base Con. 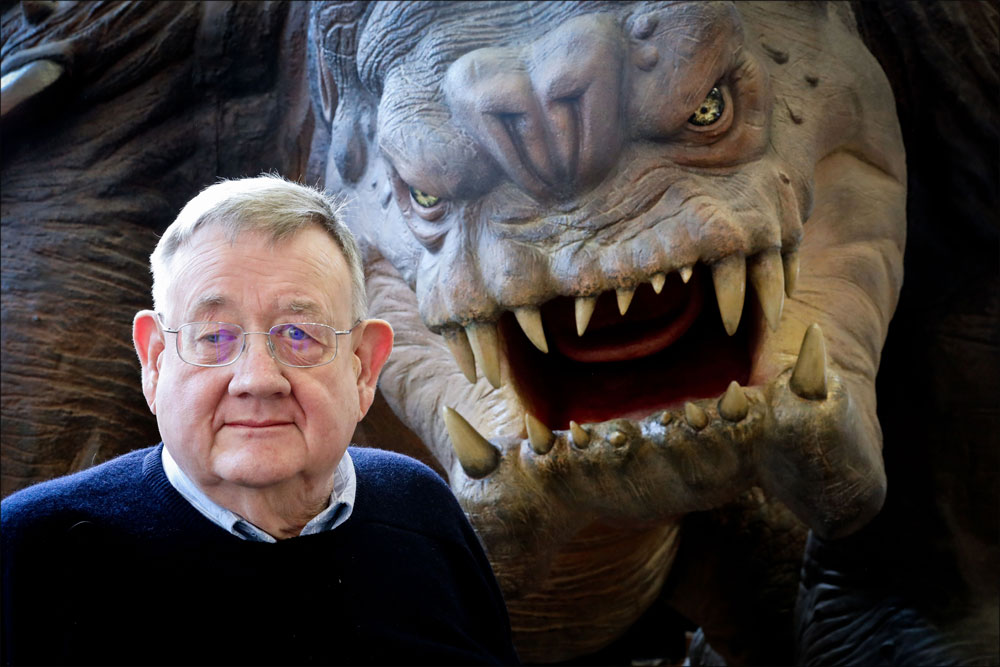