Paul Kasey was born on August 5th, 1973 in Chatham, Engeland. He trained at Laine Theatre Arts in Surrey, where he was taught in dance, musical theater, acting and singing. After graduating he poured his heart into auditioning for musicals, which eventually landed him a part in the musical Grease, a show that played for two years in London.

He got his first movie part in 2002 in the Wesley Snipes movie Blade II as one of the reapers. Shortly after, a role followed in 28 Days Later as an infected. In 2005 he joined the cast of the new Doctor Who series. He played several monsters and creatures, such as Clockwork Android, the Hoix, the Cyber Leader and the Cybercontroller. He also joined the spin off shows – Torchwood and The Sarah Jane Adventures.

Star Wars fans got to know him as the Rebel pilot Ello Asty in Star Wars: The Force Awakens. He was also cast in Rogue One: A Star Wars Story in which he played the characters Edrio “Two Tubes” en Admiral Raddus, amongst others. Paul has also worked on Star Wars: The Last Jedi, but which charachter(s) he is playing is still unknown.

Paul Kasey will be answering questions of visitors and taking part in a signing session at Echo Base Con. Autograph price: EUR 20. 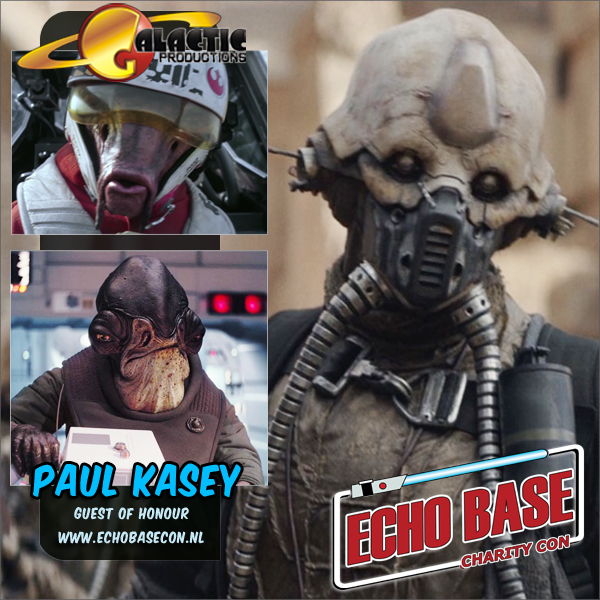