Katy Kartwheel is an English Actress and Circus Performer. She was a keen gymnast as a child with a love for Drama and the Arts – and upon discovering this was the perfect recipe for a circus artist she embarked upon a journey to London age 16 to follow her Circus Dream. She became homeless in London’s West End and after a few embattled months on the streets and in a hostel, saw an advert on a cold-weather shelter wall, offering one homeless person a scholarship with UK travelling Circus: Zippo’s, where she went onto perform in High Wire and Aerial Hexagon.

Katy is a multi-skilled circus artist in acts including Fire Performance and Doubles Trapeze, having trained and performed with top UK companies Aircraft Circus and Gorilla Circus. Katy set up her company, Circus Passion, to share with her community the joy she has found through Circus Arts; offering a unique mix of Circus Parties, Entertainment, Performance and Aerial Tuition.

Katy’s Stilt-Walking Skill and her short stature landed her a role as “HURID-327” in Star Wars: The Force Awakens; working in the Creatures Department under the direction of Neal Scanlan. She returned for both The Last Jedi and Solo, the latter in which her role as Body of “Rio Durant” (voiced by Jon Favreau) included stunts whilst working alongside Alden Ehrenreich and Woody Harrelson.

Katy Kartwheel will be answering questions of visitors and taking part in a signing session at  Echo Base Con. 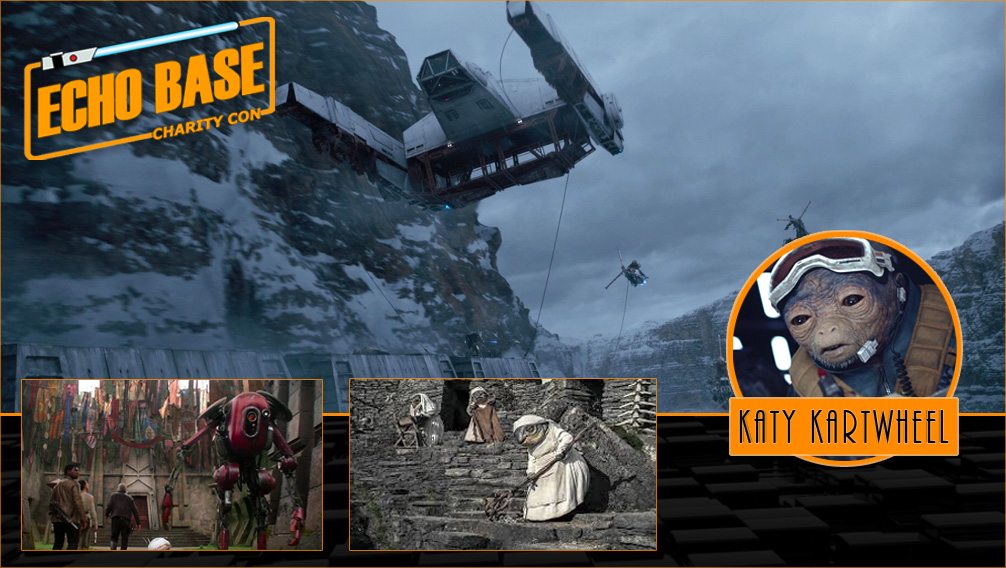