Derek Arnold was born in Canada. As a teenager he started acting which resulted in him attending drama school later on. In 2008 he moved to England to chase after his dream of acting on stage and in films. When the Olympic Games were going to be held in London in 2012, Derek was hired to help with performing the Voldemort puppet (Harry Potter) during the opening ceremonies. It was during this job he met Brian Herring, who at that time was working as the puppeteer coordinator for Star Wars: The Force Awakens.

Short time after this job Derek was hired to play in the theater production of War Horse, in which he made one of the horses come to life. This specific working expierence led to him being asked by Brian to work on Star Wars: The Force Awakens. In this movie he ended up playing several characters, such as Resistance pilot Vober Dand, Chancellor Villecham and the Luggabeast. For Rogue One: A Star Wars Story he played the part of Rebel commando Pao. Derek has also worked on the upcoming movie Star Wars: The Last Jedi, but the precise details of his involvement are yet to be announced!

Derek Arnold will be answering questions of visitors and taking part in a signing session at Echo Base Con. Autograph price: EUR 20. 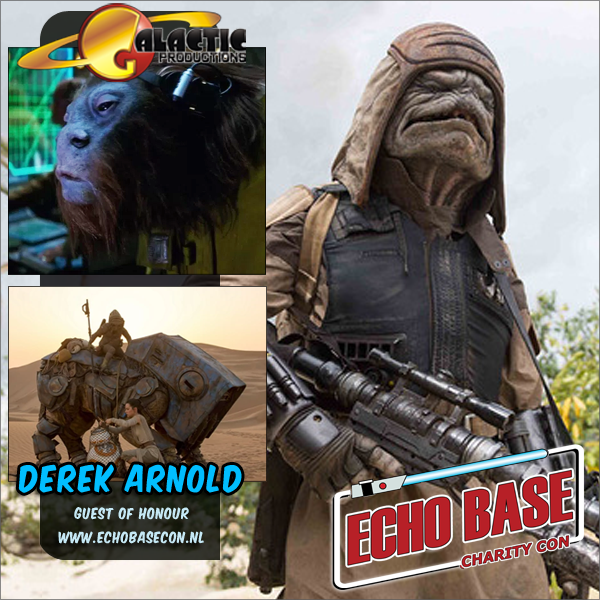