After announcing Jake Lunt Davies yesterday, today we are proud do announce guest number ELEVEN for Echo Base Con! Martin Rezard – like Jake Lunt Davies – is a concept artist but he also builds his own designs! His first work on Star Wars dates back from 2002 when he worked on Attack of the Clones on the costumes of Jango Fett and Zam Wesell for example. For Revenge of the Sith one of the things he worked on was with helping to recreate the costume of Darth Vader.

In 2013 he was asked by Neal Scanlan to come and work on The Force Awakens. For this movie he made several aliens in the castle of Maz Kanata. The masks of Nien Nunb and Admiral Ackbar were also sculpted by him. His next job was designing and building Admiral Raddus for Rogue One – A Star Wars Story. His tasks for Star Wars: The Last Jedi and Solo – A Star Wars Story have been completed and right now he is deep in production of Star Wars: Episode IX.

For more information about Martin, please visit his Guest page. 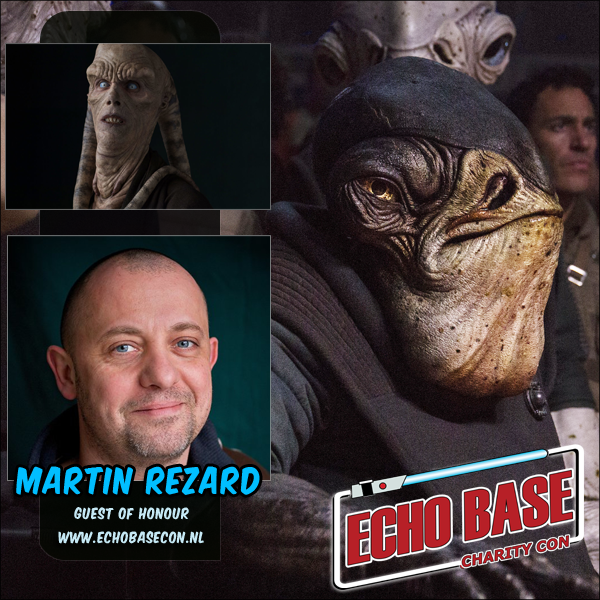