Jake Lunt Davies was born in England and received his BA for Graphic Design in 1993. He started his professional career in 1994 and worked primarily as a storyboard artist, designer and illustrator in the field of advertising. He also directed commercials for brands and television stations. Upwards from the year 2000 he set his first steps into the movie industry and worked in several capacities on such movie titles as Charlie And The Chocolate Factory, 10 Cloverfield Lane and the yet to be released Overlord.

Through the years Jake worked with Neal Scanlan on several occassions, but their careers each went their own ways. That changed in May 2013 when totally out of the blue Jake received a phone call from Neal, who in the mean time had become Head of the Creature Shop at Lucasfilm, asking if he would be interested to work on the new Star Wars movie – The Force Awakens. He didn’t have to think long about it and in no time he was hired for the job. For this movie he designed a slew of things such as BB-8 (played by Brian Herring), Rey’s speeder, Ello Asty (played by Paul Kasey), the Luggabeast and Vober Dand (played by Derek Arnold). He also worked on Rogue One – A Star Wars Story for which he designed Pao (Derek Arnold) and SE-2 (Brian Herring) for example. After that followed Star Wars: The Last Jedi for which he was responsible for designing the Porgs amongst other things. In the meantime he has finished his designing duties on Solo – A Star Wars Story and as we speak he is working on Star Wars: Episode IX.

Jake Lunt Davies will be taking part in a signing session and a panel during Echo Base Charity Con. Also check out the Instagram account of Jake for more samples from his portfolio. 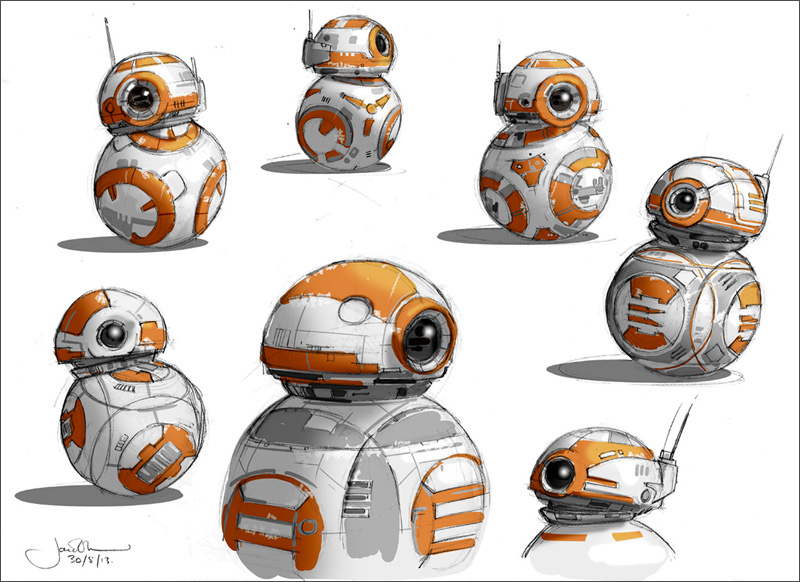 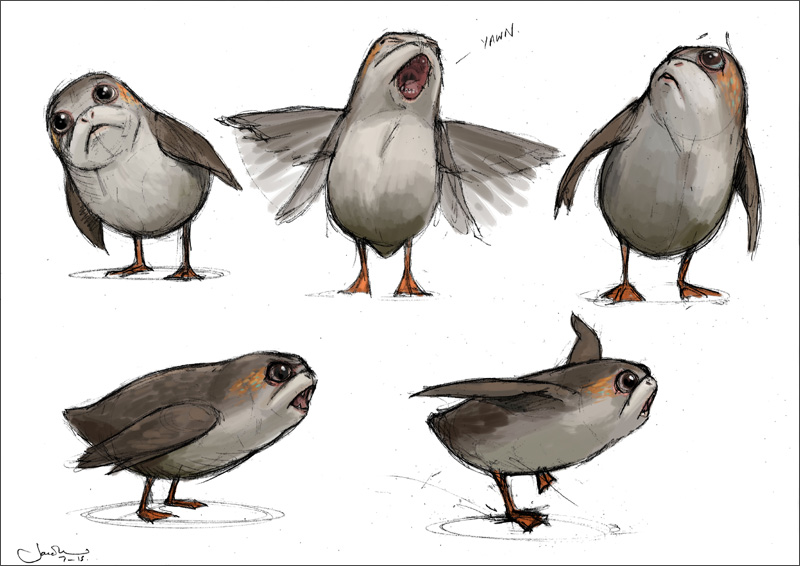 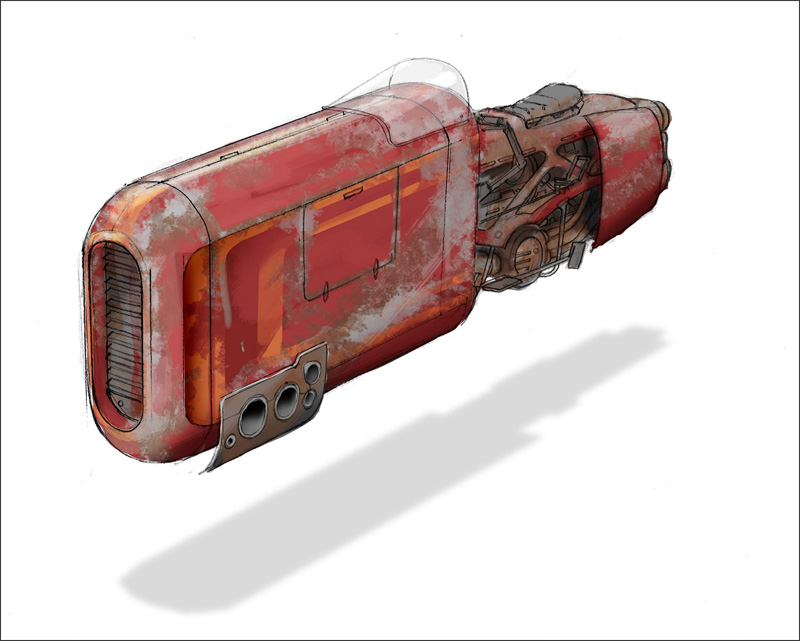 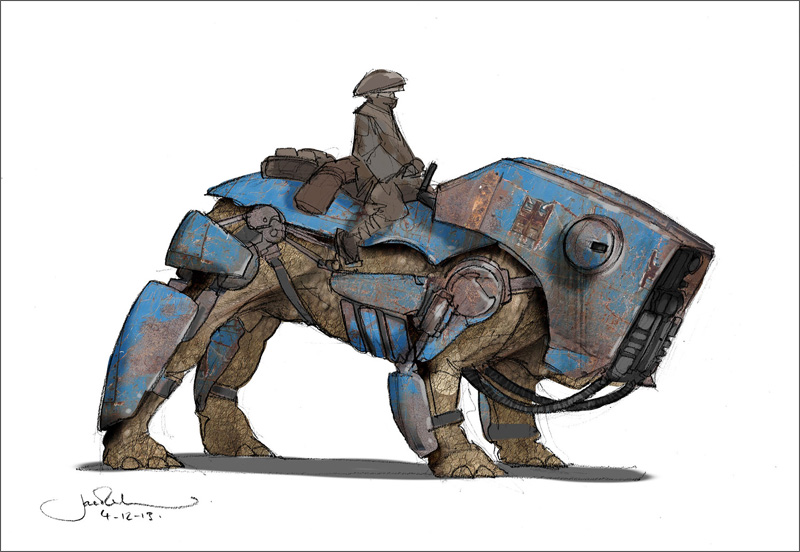